Tech Stocks and the Bigger Picture

"That is about all I have learned—to study general conditions, to take a position and stick to it." -- JL

Stocks:
Though AMZN is the canary, FB's failure to rally back to within .5X weekly ATR of ATH, and its relative weakness to tech and the S&P500 could spell near term trouble for the tech sector and potentially the sp. If the market thinks FB can't increase revenues, no one in tech can increase revenues.

Also, the Cambridge Analytica debacle/Zuckerberg interview set Congress's eyes on personal data in terms of election meddling. Now personal data is back in the forefront in GOOGL/FB/AAPL/SPOT's conservative censorship issue and accusations of bias toward President Trump. At least for FB, the negatives appear to be outweighing the positives in the short term.

Broad view:
The guys who know what is what thought the last mini-crash in Feb was the commencement of the Great Restructuring that would follow the Great Correction. Those who were faked out still lie in wait for the inevitable, but the Time element is mightier than ever in the age of Central Banks.

Standing between here (~2910) and a 50% correction is the precedent set by monetary policy (QE) in 2008. QE = Quantitative Easing = arbitrary money printing used to buy stocks/assets, and in the process prop them up. Therefore, in theory, we should never see spoos < 1400, as the Fed can print & bid stocks back to new highs with more QE.

QE = unlimited $ = unlimited buying power. and as Governor Flower said: "The only way I know of making a stock go up is to buy it."

The obvious trouble with this arrangement is the slippery slope: if you print once, now you must print in every recession. why not?

Prior to 1971, when Nixon removed the dollar from the gold standard, all currencies were tied to, and redeemable in gold, so QE was impossible.

The reason why money was redeemable in/tied to gold was to place a limit on inflation by limiting how much currency governments could create. Printing money for political purposes would simply result in a commensurate increase in the price of gold.

Today, there's no anchor on money.

Since there's no anchor and central banks across the globe have opened Pandora's Money Box with QE, then--provided no change in monetary policy--a serious crash is not only implausible, but next to impossible.

The Gorilla in the room, in terms of questions the market will need answers to before stocks can see a sustained, directional move, is: which will have greater force during the next recession: Bears, or zero interest rate policy and more QE. Every Fed chairman is tested by the markets and Powell has yet to cut his teeth.

Musk, Tesla and the SEC Inquiry 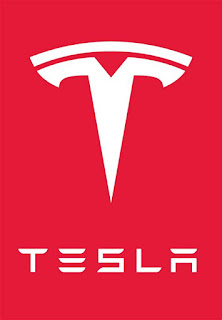 "Among the hazards of speculation the happening of the unexpected—I might even say of the unexpectable—ranks high...there have been times in my career as a speculator when I have both been right and played square and nevertheless I have been cheated out of my earnings.

"Against misdeeds by crooks, cowards and crowds a quick-thinking or far-sighted businessman can protect himself...But against the whining welsher the decent man is powerless. Fair play is fair play." -- Edwin Levefre, Reminiscences of a Stock Operator

Knowing how slick Musk is and how high his government connections are, this whole thing is probably another charade so the Saudis can buy the dip and get a more favourable entry price. The mob of lawyers have already determined whether or not a piece of paper with ink on it exists.

Whenever a bunch of people (lawyers or otherwise) simultaneously appear on TV interviews saying the exact same thing, coming to identical conclusions, it usually means they're all wrong/sticking to a script. When everyone is on one side of the boat, get to the other side.

A necessary condition of a market is to cause maximum pain to the maximum amount of participants, and right now those are the shorts. It's not an axiom of markets, but something that happens frequently enough to warrant sufficient guarding against.

Therefore use common sense in investing—it's more valuable than anything you learn in a textbook. How long do you suppose it takes a flock of lawyers to determine if Musk is in possession of a piece of paper with ink on it? That's what current SEC investigation boils down to. It doesn't take long. The FBI cooked up a warrant to wiretap Trump in less time.

All this does not negate the fact that the equity of the company is worth zero by any valuation metric--traditional or proprietary. However, reality, and economic and criminal laws don't apply to Deep State. The rules are arbitrary so the outcomes are technically infinite. The underlying issue with Tesla is much broader than securities valuation, and involves much more than the stock market.

I'd advise against shorting Tesla stock, as it effectively equates to shorting The Deep State, and they usually don't lose. Ask Hillary. https://www.nationalreview.com/2016/06/hillary-clinton-cattle-futures-windfall/ 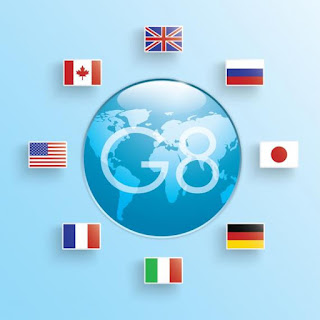 Provided the bonds had a positive yield there would still be no takers, as the size of the debt of each country would make the payments impossible. this is called QE Forever. if Enron could've waited til today's environment, they'd be $amzn; and Jeff Skilling would be Jeff Bezos.
G8 Nations by Real Interest Rate:

All but Russia have negative rates; which is why Global Central Bank QE will never end. no one will buy negative yielding sovereign debt.