The Fed controls the Money Supply.

Here's the monetary base vs the S&P 500 (SPX) during Obama yrs vs President Trump's first term so far:

The Capacity Utilization Rate is highest in four years.

You will not have a recession without a declining capacity utilization rate, no matter what the yield curve is doing, or how Europe or China is doing. 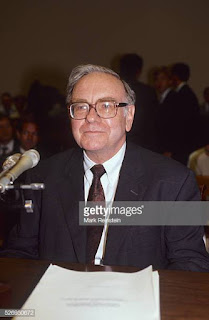 Warren Buffett’s Berkshire Hathaway has realized a Sharpe ratio of 0.79 with significant alpha to traditional risk factors. The alpha became insignificant, however, when we controlled for exposure to the factors “betting against beta” and “quality minus junk.” Furthermore, we estimate that Buffett’s leverage is about 1.7 to 1, on average. Therefore, Buffett’s returns appear to be neither luck nor magic but, rather, a reward for leveraging cheap, safe, high-quality stocks. Decomposing Berkshire’s portfolio into publicly traded stocks and wholly owned private companies, we found that the public stocks have performed the best, which suggests that Buffett’s returns are more the result of stock selection than of his effect on management.

Performance since 2008 (year of the Great Recession): 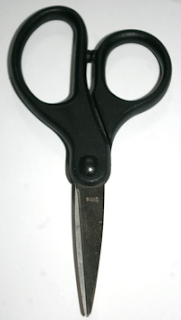 "I've failed over and over again in my life, and that is why I succeed."
— Michael Jordan


Last Thursday, before the last game of the season, Magic suddenly decides to announce his resignation as President of Los Angeles Lakers. The PR people are baffled and media is surprised. The decisive move comes as a shock to everyone, and Magic explains the reasons for his actions to the reporters. Subsequently, media unanimously dismisses the decision as a cop-out, and the choir synchronously labels Magic Johnson a "quitter."

But Traders can learn a few valuable lessons from Magic's abrupt decision to step down. Other than the fact that there's value in quitting and quitting fast (when you're wrong), what can we learn from a quitter who has managed to accumulate just under a Billion dollars over the course of his life?

1. When it's time to cut your loss—cut it. Don't hesitate or have second thoughts or begin to rely on hope. One of the main reasons for cutting your loss is to free up idle capital to allocate to a better trade. A loss isn't a benefit at any time. The sooner you dump it the better. In trading and in life.

2. Make the decision to cut the loss no matter what the inner impulses say; even if it's the hardest thing to do. (Once you cut your loss, you're no longer wrong nor losing.)

3. Embrace being wrong. Magic knows he isn't delivering as promised (a lot of bad trades and an excellent trade gone bad) and willingly admits to it. This is why Magic is a big man. It takes a big man to admit when he's wrong. The greatest traders/investors admit to being wrong more often than they brag about being right.

4. Face the music. Keep your chin up when you lose and don't look at yourself as any less of a man for it. Magic's decision to resign in public and in front of the cameras takes...guts. Most people quit via resignation letter or over the phone. Magic shows up and shows you his face and let's you see what it is. Facing the music by being open about your losses is the ultimate form of transparency, and has a lot to do with Accountability, Integrity and Achievement.

5. Ignore stupid people. If you pay attention to random critics, you end up living for other people. Independent thinking is mandatory for the speculator and the investor. Despite attempts from the media to shame Magic into maybe giving it a second thought, you can bet the decision is final. Successful traders quit positions all the time, but they don't take tips.

The gist: by always sticking to the basics, cutting losses short, you're always in the position to have enough dry powder to be able to cash in on the big trade, when it finally comes around.
Posted by RD at 09:05:00

Is Trump Crazy on Interest Rates? 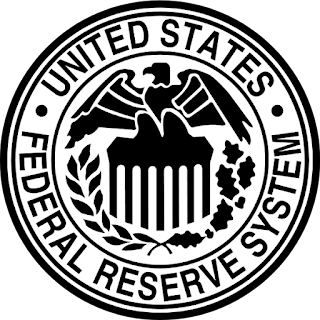 The media agrarians are now pushing the line of: "If the economy is so strong, like you boast, Mr. President, then why should the Fed cut interest rates?"

The reality is that Fed has been on a psycho-spasm of nine consecutive rate hikes the moment Trump was elected (which just ended in December with one final 25bps hike) after not raising rates even once for ten consecutive years.

If the Trump Bump is "fake" and just a "sugar high," (as the Ministry of Truth tells us every day) then why would the Fed suddenly hike nine consecutive times after not hiking once over a ten-year period? Makes no sense whatsoever. No other central bank raised rates.

The Fed can't point to anything to explain its actions, so it's fair to conclude the actions were political/anti-Trump... If that's the case, they ought to return to their previous policy of "central bank coordination," wherein which all central banks move interest rates up or down in unison, not just the Fed.

Why have all central banks stood pat on interest rates (other than little brother Canada that just follows the Fed) while the Fed hiked nine consecutive times?

Because raising rates slows economic activity... So what did Fed's actions do to the U.S. economy?

Slowed it down. So the U.S. is technically overbought on interest rates, compared to the rest of the world.

When it comes to economics, everything is relative—and interest rates are just a reflection of inflation. Nominal rates mean nothing on their own. So when you see Trump's economic advisor saying the Fed needs to cut interest rates, while rates are at 2.75%, always consider both the current rate of inflation and central bank rates in other developed countries (primarily the ECB and BOJ). If the real interest rate (nominal interest rate - inflation rate) is at or near 0%, there's nothing to see/nothing out of the norm. If they begin to deviate from zero percent, then there's something to discuss (and a potential trading opportunity).

Why most governments have a monetary policy that keeps real interest rates at 0% is different subject and a discussion for another day.