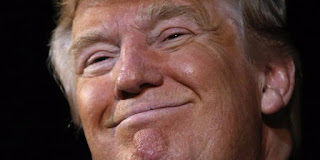 Undoubtedly, Donald Trump has masterfully managed to channel the general public's disdain for institutionally corrupt politicians. That disdain is validated and galvanized by Hollywood celebrities each time one of them makes a character assassination attempt on him.


This time around, the weight of voter apathy seems greater than the mainstream media's attempt at pacifying public opinion through catapulting establishment candidates into the White House by way of the conventional PR campaign. Tepid economic growth, flat real wage growth, and social media's effect on culture, society, and the mainstream media's capacity to craft a political narrative over the past eight years, has culminated into what is now Donald Trump. Ironically, he's the only candidate running an unorthodox campaign (self-funding, anti-PC, no political background) in an unorthodox political climate. The further Hollywood, the GOP, (and the Pope) push Trump away, the closer he gets to the general public. The question isn't who is going to let him, but who is going to stop him?
Posted by RD at 11:43:00

Week 7, Book 7: Triumph of the Optimists

FB - Luck Is Found In Opportunity